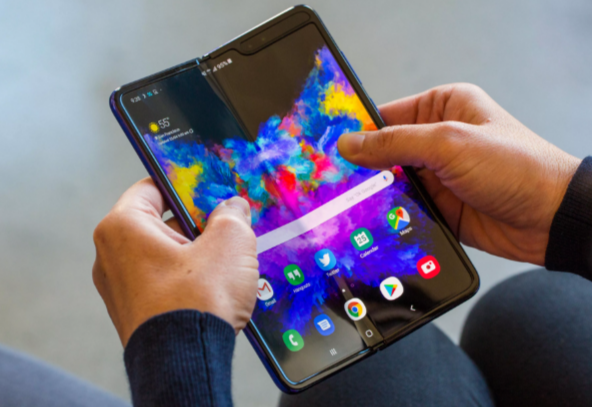 Samsung is on a roll. With foldable devices forecasted to be the future of mobile phones, rumors have already spread that a new Samsung Galaxy Fold model will be launched in April 2020 even if the current model entered the market just two months ago.

Especially since this year’s originally scheduled launch of Galaxy Fold was delayed so Samsung could address issues with its screen. Reviewers who got hold of the smartphones for testing in the run-up to the April 2019 release reported that their units’ displays easily got scratched and pierced.

Rumor has it that instead of the transparent plastic polyimide (PI) protective layer used for the screen of the original Fold, a scratch-resistant UTG layer will be used for the upcoming Galaxy Fold 2.  UTG is said to measure below 100 micrometers or just 3% the thickness of glass traditionally used for smartphone screens.

This October 2019, participants got a preview of Fold 2 during the Samsung Developer Conference when the mobile phone developer showed a video of a new foldable phone “concept” with a clamshell or vertically folding design, a modern version of the old-school flip phone.

This “pocketable” square phone will, therefore, come close to the Motorola Razr, a reboot of the RAZR V3 sold in 2004, which also recently just went on sale.

Like the Razr, Fold 2 may also have a small display on the folded phone exterior to show important updates, such as the time and message notifications. This is the Fold 2’s smallest display at 4.6 inches. This external screen that allows you to use the phone even when it’s folded.

It will reportedly feature a 6.7-inch folding touchscreen and will be similar to the Galaxy S10 when opened. Meanwhile, the largest 7.3-inch main screen of the original Galaxy Fold is revealed once it is unfolded lengthwise as a tablet-sized display.

Like the Galaxy Note 10, Fold 2 reportedly features a hole-punch selfie camera at the top of the inner display.

Insiders interviewed by  Bloomberg also said that the 2020 Fold will have two cameras that will serve as front cameras when folded and as rear ones upon being flipped open.

Galaxy Fold 2 is expeted to sell for $1,500, compared to the first-generation Fold that’s worth $1,980. However, there are also speculations that Fold 2 might be sold over $1,500 due to UTG display.

Reports said that the new foldable product will be available in black, purple, and white.

Insiders say that Samsung codenamed its foldable phone growth strategy “Bloom” and aims to sell as many as six million units in 2020. That’s double IHS Markit’s projected global phone market growth of three million for the said year but just a million more than the forecast of Display Supply Chain Consultants.

Armed with lessons learned from its launch of the first Galaxy Fold, the phone maker is expected to sell cellphones with more confidence in 2020.

For Samsung to hit its growth target next year, Fold 2 must not only be as durable as its non-folding counterparts but also more reasonably priced than the Galaxy Fold.