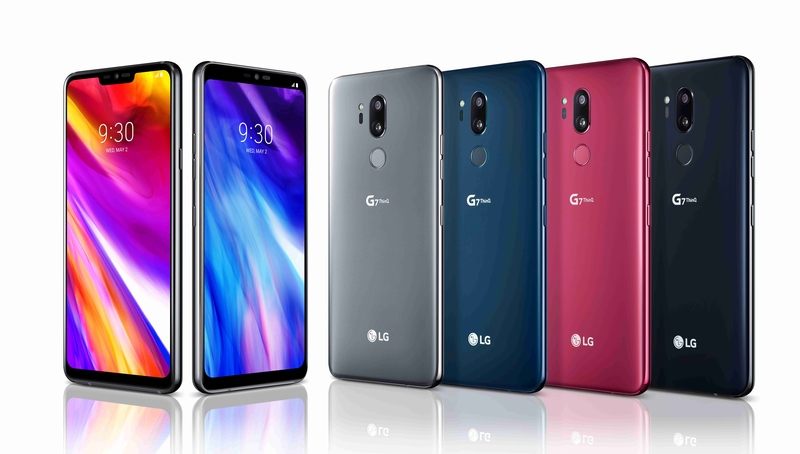 LG G7 ThinQ, the company’s newest smartphone, is a few features away from being a high-quality phone. It has premium specs, a sophisticated design, and a good battery life. But the thing is, the G7 ThinQ is also a lackluster device. The phone falls short of a solid visual identity. If the design of the device is your priority, the G7 may not be to your liking.

That said, given that LG’s flagship phone is likely less expensive than the competition, the G7 will delight many potential buyers. It won’t be as interesting as the iPhone X nor as advanced as the triple-camera Huawei P20 Pro, but it can satisfy many with its budget-friendly price tag.

The G7 ThinQ may not be as visually appealing as other smartphones, but it comes in more exciting colors than the standard black or gray. In particular, the Raspberry Red is a crowd favorite. The sides and the back of the smartphone are slightly rounded on the edges. The display subtly curves into the metal frame, which gives the device a softer look and feel.

While the many variants of the Samsung Galaxy feature an OLED screen, the G7 ThinQ display is LCD. Thanks to its stunning QHD+ display, the screen is vibrant, clean, and crisp. It makes the colors on photos and videos truly pop out.

A prominent hardware feature of LG’s flagship phone is the Super Bright Display. As the name implies, this mode can boost the phone’s brightness up to 1000 nits, which is said to be the highest on a smartphone. The Super Bright Display is best used when looking at the screen under bright light. To activate this special feature, look for the “Boost” button next to the brightness slider. Tap the button and crank up the brightness as much as you need.

Like the iPhone X and other high-end flagship phones, the G7 ThinQ has a notch. LG added a black notch that houses the phone’s camera and speaker. The notch, especially if you’re not a fan of it, can be annoying because it sullies the beauty of the display.

The good news is that LG has provided an alternative to the notch, the New Second Screen. It’s a small slice of display on the sides of the notch, containing the phone’s notification icons and other indicators. The New Second Screen is a workaround to hide the notch since enabling it fills the area with a black bar or a gradient.

The G7 ThinQ offers a dual 16-megapixel camera on the back and an 8-megapixel camera on the front. One of the back cameras is wide-angle, while the other is telephoto. Perhaps the most notable camera feature of the G7 is its AI mode. LG’s AI Cam tries to smartly identify the objects in a scene so that it can adjust the settings for the best possible shot. The AI mode offers a variety of filters. If needed, you can also make manual adjustments.

The LG G7 ThinQ has a lot going for it. It also has a few weaknesses and flaws. If you can overlook its flaws, you have the option of a quality smartphone with a more budget-friendly price tag.