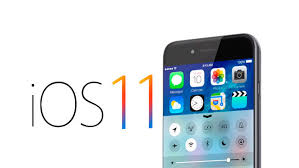 You don’t need an iPhone 8 or an iPhone X to enjoy the newly released Apple features. You simply need to upgrade your operating system to iOS 11 to get in on a lot of fresh updates and extravaganza. Apple’s latest OS has visible upgraded features, but there’s a lot more to it than meets the eye. Here are some exciting features you may not know about after downloading the operating system on your smartphone.

When you take a screenshot while doing FaceTime with your loved ones, the image will be cleaner and clearer than before.  These high-quality screenshots are due to the new operating system’s built-in feature. Try it out by pressing the shutter button on your phone. iOS 11 will use the other person’s phone camera to take a Live Photo shot. Just make sure the other party is also using a device that runs the new system.

The new drag and drop feature stands out on iPads, but it’s functional on iPhones, too.  To make this work, enable both the Notes and Camera apps on your device.

Apple is trying its best to lessen or completely wipe out distracted driving. The new iOS can detect if you’re in a moving car. If you want, you can also enable the “Do Not Disturb While Driving” feature automatically.

Regardless of how big or new your iPhone is, its storage will be a concern sooner or later. With iOS, it’s more of the latter thanks to its new space-saving suggestions. There are three options available: offload unused apps, auto delete old conversations, and review large attachments. The recommended storage options offer to wipe out old data for extra space. They are also tailored to your needs. Each one will inform you the exact storage space you’ll be able to get back.

Now you can promptly annotate screenshots before sharing them with other people. Unlike before, you no longer need the help of a third-party app to accomplish this task. After taking a screenshot, click its thumbnail and start to annotate it. You may delete the file using the same interface immediately or after a while.

In its latest attempt to be an all-around, social-oriented service provider, iOS 11 has made changes to Apple Music profiles. Upon launching Apple Music after the update, the app will walk you through the process of creating your profile and privacy configurations. Later on, you can find your profile and settings in the “For You” tab on your profile image.

Type and Translations via Siri

For the very first time, you may now engage with Siri without saying anything. iOS 11’s “type to Siri” feature enables you to key in your questions for your IA assistant. Another Siri upgrade available are the Siri translations. As the name suggests, Siri can now translate foreign words real-time. This is a helpful tool, especially when you’re traveling.

Though most of the new features of iOS 11 are geared toward iPad users, it comes with different fun and unique features for iPhone users too.