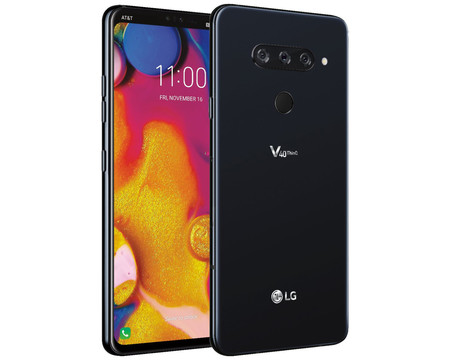 Since August, the entire tech world has set its sights on LG’s newest flagship, the V40 ThinQ. Truth be told, LG’s V series has always made the news because of its prolific launches. The new five-camera flagship phone is definitely no exception.

The tech company launched its LG V30S ThinQ just last March. Then, it followed up with its LG G7 ThinQ in May. Then, more recently, it launched the LGV35 ThinQ in June.

While LG’s recent mobile strategy indicated it would “row back” on smartphone launches, the company saw critics give its recent releases some positive notes.

Without further ado, here is everything we know about LG’s V40 flagship phone set for release this October.

The Confirmed Date in October

The LG V40 ThinQ launch is taking place on October 3, 2018. If you’re planning to head to New York for the event, that date’s going to be on a Wednesday.

The Verge was the first to announce LG’s V40 ThinQ launch date in New York. However, this was the only date and city announced.

LG is likely to host launch events in different other countries – probably one in their home country South Korea, and one in a European country. We’ll have to wait and watch out for other release dates upon their announcement.

Will It Cost a Fortune This Time?

The LG V35, its most recent release, had a price of $900 upon going on sale. We don’t think LG will skimp on the price of its newest phone. So, be prepared to shell out some big bucks once again.

Tech Advisor UK estimates the price to be around $1000. This is likely to be the amount given that the Samsung Galaxy S9 will cost you around the same amount.

Game-Changing Specs We Can Expect

The LG V40 ThinQ had recent advertisements featuring the South Korean boy group BTS showing off its major features, such as the acclaimed 5 cameras in the device.

According to Pocket Lint, the LG V40 ThinQ would feature a 6.3 or 6.4-inch QHD+ Display with a 19.5:9 ratio. Just like its predecessor, it would have a P-OLED display.

As per its commercial, the cameras will utilize the “ThinQ Moniker,” which makes it easier to take the best selfies and shots.

In any case, if you’re thinking twice if it’s worth it to sell tablet units and other devices you were previously using just to buy an LG V40 ThinQ, these specs should urge you to do so:

We believe the V40 surpasses the earlier V35 in many possible ways. Looking at the V35’s specs, you can say the V40 ThinQ’s upgrade is definitely major. This should serve as one of the deciding factors should you consider saving up for this new offering from LG.