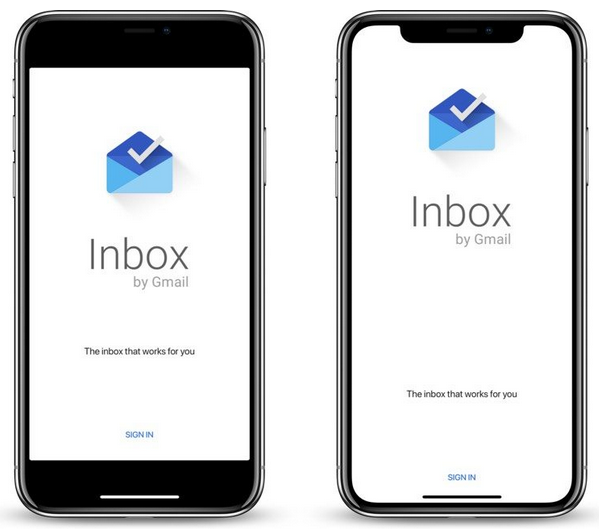 Nine months after the iPhone X release, Google has finally made its Inbox app compatible with Apple’s flagship phone. Last April, Google announced that an update for the iOS version of the app was underway. Though it took a few more months, the search engine giant has finally fulfilled its promise. Ask anyone, even the stores that sell iPhone units, and they’d tell you that it had been a long wait. For iPhone X users, this upgrade means there will no longer be unsightly black bars on the top and bottom parts of their phone.

Inbox, an app built by Gmail developers, makes it easier for you to keep your inbox organized all the time. It also helps you prioritize your emails. That way, you can quickly reply to the messages that need to be answered at once. The iPhone X-compatible Inbox app lets you:

MacRumors recently reported that Inbox by Gmail has already gone through 13 updates. It’s only now that the development has focused on providing support for the iPhone X notch. In fact, the Inbox app is among the last Google apps to be fully compatible with Apple’s latest phone. Most iOS and Android apps upgraded early this year.

Since the release of the iPhone X, most iOS apps have gradually adapted their designs to accommodate the smartphone’s notch. Developers can’t evade the transition since it’s now a prerequisite demanded by Apple. The company issued a statement that by July 2018, all iOS app updates must support the iPhone X.

Apple also noted that all updates submitted to the App Store have to be developed with the iOS 11 SDK. Furthermore, the apps must support iPhone X’s Super Retina display. As such, developers need to ensure that their respective apps already support the notch before releasing an update. Otherwise, the app may never be kept up to date.

If you’re an iPhone X user, this directive is certainly good news. You’ll have more apps that are fully compatible with your premium phone.