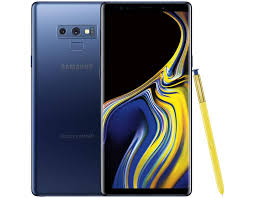 The Samsung Galaxy Note 9, codenamed the Crown, is almost here. Samsung continues to use the Note series to produce bigger and more powerful phones to complement the Galaxy S line. Based on numerous reports online, the 2018 Note model follows the same template.

The Galaxy Note 9 will be officially launched on August 9 at the Samsung Unpacked event in Brooklyn, New York. At the moment, this is the only timetable given by Samsung. With regards to when the smartphone will actually be available for purchase, it is estimated to go on sale in late August. Pre-orders are expected to be available on the day of the launch or soon after.

The Note 9 is said to look like the Galaxy S phones launched early this year, with a number of improvements here and there. Multiple reports posted several weeks ago revealed that there will be two versions of the Note 9. One will be powered by the Exynos 9710 chip, the other by the Snapdragon 845. The availability of the two versions will depend on the region or country you live in.

As per reports, the Galaxy Note 9 will run on Android 8.0 Oreo with a few tweaks. It’s also expected that the software will soon be updated to Android P. The phone will also likely boast an improved notification setting and battery optimizations.

What’s guaranteed is that the Note 9 will come with a stylus, a signature feature of the Note series.

Arguably the most hyped rumor about the Galaxy Note 9 is its fingerprint scanner. Several leaks show that the sensor could be incorporated directly into the phone’s screen. Multiple reports also indicate that Samsung has already executed multiple in-screen assessments. These tests are potentially about the plan to give the Note 9 a larger battery. The tests bode well with the rumor that the newest Note unit will not just have an in-screen scanner, but also a huge 3850mAh battery.

Then again, there are also reports saying that an in-screen fingerprint sensor won’t be seen on the Note 9. According to some tech analysts, the feature is meant for the Galaxy X (or S10) next year.

Reports about the in-screen sensor have been around for quite a while now for both Samsung and Apple. But both tech companies have failed to present the feature in time with their most recent devices. In fact, Apple completely ditched the plan for the iPhone X. Samsung, on the other hand, moved the scanner to its “future feature” checklist.