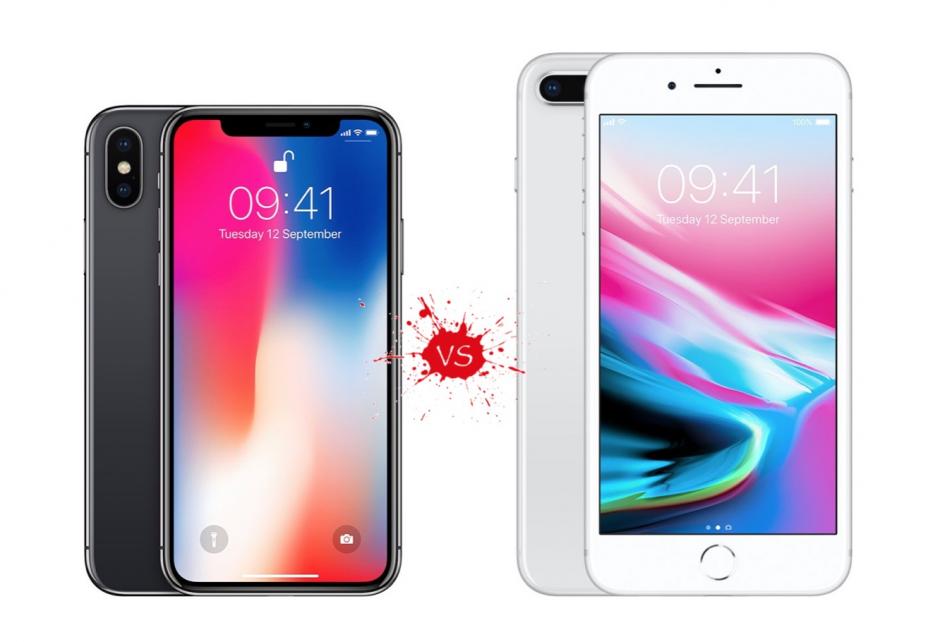 Stores that sell iPhone units are often asked about the similarities and differences of these two flagships. In a nutshell, the iPhone X and the iPhone 8 Plus are quite similar. But they also have some key differences. Let’s look at how similar—and different—these two premium phones are.

The iPhone 8 Plus is the bigger phone. But when measured diagonally, the display of the iPhone X is larger.

The main distinction between the two iPhones is the display. The display of the iPhone 8 Plus is 5.5 inches. It has a plus-size, full HD (1920×1080) LCD. It features the same Retina display seen on previous iPhone generations.

The iPhone X display is 5.8 inches. It has a cutting-edge, HD (2436×1125) OLED display. It also has a greater contrast ratio. As such, this “Super Retina” can support HDR videos.

Both iPhone models use the same processor chip: the six-core, 64-bit A11 Bionic with an integrated M11 motion co-processor. They also use the same sensory motor that triggers AI processing.

Both smartphones support Qi wireless charging. In their respective boxes, you’ll see a standard Lightning cable as well as a USB power charger. But these iPhones are capable of fast charging too. You just have to buy a USB-C power adapter and a USB-C to Lightning cable from Apple.

If the battery is a top priority, the iPhone 8 Plus delivers a slightly longer battery life.

In terms of rear cameras, the iPhone 8 Plus and the iPhone X have the same dual-lens rear camera. They also have similar features for video recording.

For their front-facing cameras, the differences are specific. The iPhone 8 Plus sports the traditional, yet much improved, FaceTime camera. It can take 7-megapixel still shots with an f/2.2 aperture. It delivers 1080p video recordings. It provides a wide gamut of colors for taking pictures and Live Photos. It also has a Retina flash.

The iPhone X front-facing camera has all these features and more. Apple calls it the TrueDepth camera. This front camera has special sensors that help with facial recognition. These include an infrared camera, a proximity sensor, a dot projector, and a flood illuminator. The TrueDepth camera also supports Portrait mode and Portrait Lighting (beta).

Because the iPhone X is all screen, it doesn’t have a Home button. As such, Touch ID is also out of the picture. Instead, Apple presents Face ID so you can unlock the phone. The feature is also used to authorize payments via Apple Pay. On the other hand, the iPhone 8 Plus still uses the Touch ID.

So, which is the better iPhone?

It’s hard to pick a clear winner. Both flagships provide top-notch features and a first-rate user experience. You can’t go wrong with either phone. In the end, it’ll come down to which specs or features you want more.