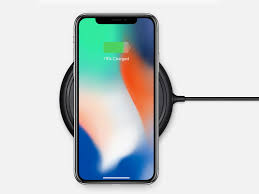 When Apple introduced the iPhone 7 a couple of years ago, the tech giant stunned the world by ditching the headphone jack. The smartphone industry has still not fully recovered from it. There are many iPhone users who opted not to upgrade from their iPhone 6s because of it.

Now, a new Bloomberg report states that Apple considered doing away with the lightning connector. Apparently, it’s all part of Apple’s plan for a wireless future.

Is the World Ready for Wireless Charging?

Bloomberg reported that Apple designers plan to get rid of most of the external ports and buttons on their smartphones. That grand scheme includes getting rid of the iPhone’s charger. In fact, during the development process of the iPhone X, the designers considered removing the entire charging system. At that time, the plan wasn’t possible due to the weak structure of wireless charging. Also, adding a wireless charger to the iPhone X would significantly increase the cost of a phone that is already expensive.

Apple’s intention to ditch the lighting port is in line with Jony Ive’s plans in making the iPhone look like a thin sheet of glass. That said, the Bloomberg report didn’t specify how critical of a thought or a consideration it was.

Getting Rid of a Lightning Port: A Controversial Decision?

Apple is well on its way to carrying out their plans for a wireless future with products and tech like AirPods and AirPower in addition to W1 and W2 wireless chips. Stores that sell iPhone units can corroborate that the removal of the headphone jack from the iPhone 7 was a big controversy. But that doesn’t compare with the argument Apple will face if they remove the lightning connector.

Ditching the connector would trigger a significant change since the lightning port has several uses. It’s used for cable charging, data transfer and audio syncing. Getting rid of the connector will likewise prevent an iPhone to directly connect to different peripherals like adapters, docks, power banks and cables.

But if the removal of the lightning connector will push through in the near future, it’s likely that several wireless alternatives will be offered. Most of these replacements will come directly from Apple too. For instance, you can sync your iPhone with iTunes via a WiFi connection. For game controllers, you’ll have options that are Bluetooth-enabled. Wireless charges that are upright can also double as a docking station.

Obviously, there would be a friction when this transition takes place. Think about the changeover that happened in 2012 when Apple ditched their 30-pin dock connector in favor of lightning port. It’s the same thing with the removal of the headphone jack on the iPhone 7. In both instances, the controversy eventually dwindled as most iPhone users came to accept and adapt to the new changes.

The Future of the Lightning Port

With Apple in rigid pursuit of a wireless future, it’s safe to say that the removal of the lightning port in the near future is almost a done deal. But at this time, the connector would live on for at least a couple more years: a much-needed time for iPhone users to get used to the idea of a cable-less future.