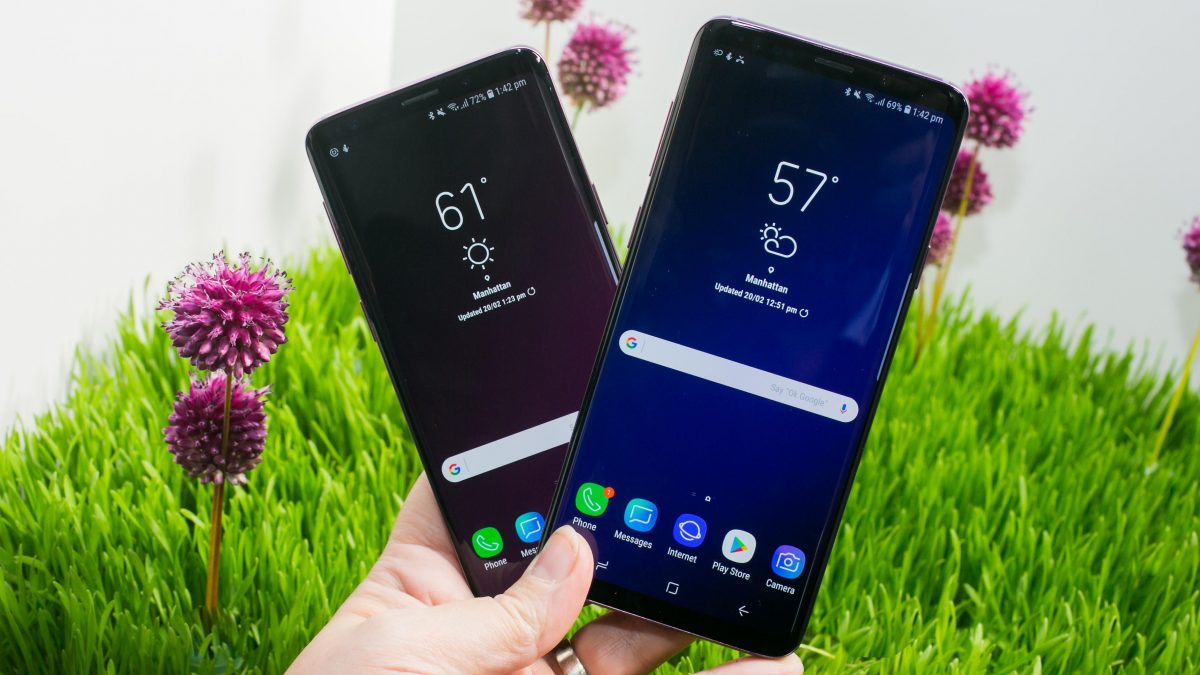 Stores that sell cell-phone units have a bigger selection of Android phones: Samsung, Huawei, LG, OnePlus and Google, to name a few. The plethora of variations in display size, processor, software options and design can make choosing the best Android phone quite challenging. And with the major releases this year, the selection process will just be even harder. If you’re starting to get a headache just by thinking of the sheer size of options you have at hand, here is a list of the best Android phones of 2018 (so far) and their best features.

It’s almost always a given that the best Android phones come from Samsung. A lot of phone experts would even say that the Samsung Galaxy S9 Plus is the best smartphone in the world, and with good reasons.  The latest Galaxy phone is number one thanks to its unbelievably cool design, awesome display and, more importantly, a number of truly brilliant features loaded into the phone.

Every little thing that has made Samsung smartphones outstanding over the last couple of years has been jampacked into this 6.2-inch unit. The Galaxy S9 Plus, with its exceptional features and functions, is also easy-to-use.

A crowd favorite, particularly those who love photography, is Huawei’s P20 Pro. The company’s new flagship phone doesn’t have just two cameras often seen on smartphones today. The P20 Pro has three cameras on the back. Its primary camera has a 40-megapixel sensor that is even better than the ones from mid-level digital cameras.

Aesthetics wise, the P20 Pro is gorgeous. It has a shiny back with perfectly curved sides. Huawei’s phone is so pleasing to the eyes even its notched 1080p display – which is an eyesore for other phones – is visually appealing. Without a doubt, the P20 is Huawei’s best smartphone yet.

The LG G7 ThinQ is the company’s best smartphone in years. It’s a much-improved version of its predecessor – the LG G6. With the LG G7 ThinQ, the company opted for a bolder approach in both design and features.

The G7 ThinQ screen has an ultra-bright setting, which can boost brightness up 1000nits. This is a handy feature for those who love taking photos under a bright natural light. Its camera is AI-enabled, so it can make automatic adjustments based on what you’re shooting.

The best Android phones don’t need to break the bank. There are some smartphones that are both high-quality and budget-friendly. One of those phones is Honor 10.

Design-wise, the Honor 10 looks like the P20 Pro. It sports a mix of metal and glass design. In terms of hardware, Honor 10 ticks all the boxes of what matters the most. Its best features include a splendidly bright 5.84-inch 2280p x 1080p display, a good-quality rear camera and an all-day battery life. A bit of a drawback is its tendency to overexpose in bright light. But for the most part, Honor 10 is a wonderful piece of device.

Continue checking out this site as we update and add to our list of the best Android phones of 2018.