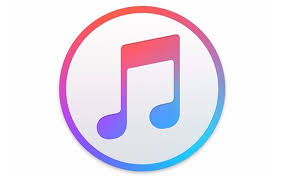 Almost a year following its original announcement, and a few months later than initially planned, iTunes is finally on the Windows Store. This means Windows 10 S users can now enjoy Apple’s most popular app.

One Year (and More) in the Making

During a 2017 developer’s conference, Microsoft announced that an iTunes app would soon be available in the Windows Store. The original release date was at the end of that year. Microsoft revealed that a team had been working closely with Apple to make this happen. iTunes is one of the top searched apps, and its absence in the Windows Store hurt both companies.

The original plan to release the app in the latter part of 2017 didn’t transpire. But after several months of delay, both Apple and Microsoft have finally made good on that promise. The iTunes app is now available for download in the Windows Store. This easy access provides users the opportunity to purchase music, movies, and TV shows without hassle. It also provides them access to the Apple Music streaming service.

A Full-Fledged Version of iTunes

The new iTunes app that rolled out in the Windows Store last April is similar to what has long been accessible to most Mac and PC users. Since iTunes is an Apple product, it’s readily available on Mac. On the other hand, Windows users must first go to Apple’s website to download the app.

Windows 10 S was launched around the same time that the plans for iTunes to be made available in the Windows Store was first revealed to the public. Now Windows 10 S users can easily access Apple’s digital media app on their computer. They can also listen to Beats 1 radio. By installing iTunes, they can also have their own Apple Music subscription.

The iTunes app installer is around 478 megabytes. It is a 64-bit app that supports both x64 and x86 systems. To successfully download the app, the Windows 10 version must at least be 16299.0. The app also needs to be installed on the computer’s internal hard drive.

Like in the past, those who don’t use Windows 10 S can freely use the standalone iTunes installer direct from Apple’s site. They can also download iTunes via the Windows Store if they want to receive updates.

How About Google Chrome?

There are rumors that Microsoft is finding ways to bring apps like the Chrome browser to the Windows Store. But there are also indicators that Google Chrome may never show up on Microsoft’s digital shop, since Google would need to remodel its browser to conform to Microsoft’s rigid app specifications. For the time being, the only hope for this to happen is if Google decides to develop a new version of Chrome that is tailored for the Windows Store, as they have done for iOS. However, this is less likely to happen.