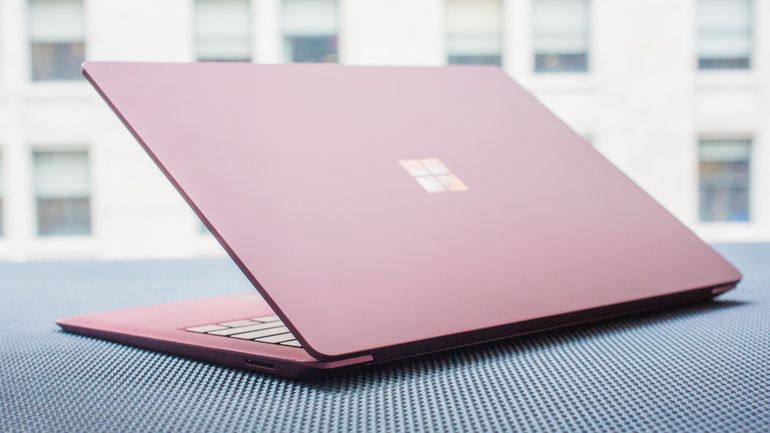 Microsoft has definitely stepped up their game when it comes to creating innovative laptops that can rival Apple’s MacBook. Released only June of last year, the Surface Laptop comes in a sleek non-convertible clamshell design that draws minimalists and tech geeks alike.

Availability and value for money

The Surface Laptop starts at $799 dollars, and it carries an Intel Core m3-7Y30 processor. It has a RAM of 4GB and SSD storage up to 128GB. For upgrades on the specifications, the price will go higher depending on what you want.

Considering its price, the most basic Surface Laptop features would do fine for most users who will mostly use Windows Store apps on it. The Windows 10 S operating system restricts users to Windows Store apps, which are not as resource-hungry as other apps and will not cause the laptop to slow down. It also saves on a lot of battery power.

Overall, even for the most basic user, the Surface Laptop is a premium notebook comparable to other laptops in its league, and it is definitely worth the money.

One of the most attractive attributes of the Surface Laptop is its sleek design that screams efficiency and modernity. It is 13.5 inches wide and is considered to be among the most attractive laptops ever produced by Microsoft. It features a lid and body fully built with aluminum, giving it that premium look. This material choice has kept the Surface Laptop light and durable, eliminating the risk of dents and scratches as compared to other materials. Its keys, however, are made of plastic, but the keyboard is covered with the Alcantara fabric, giving it that soft, velvety feeling when used.

The Surface Laptop’s speaker is placed behind the keyboard, using the gaps between the keys as the grille. This is a feature that has kept the laptop from being too bulky. When it comes to its weight, it is somewhere in between Apple’s MacBook, which weighs only 1.08 kg, and Dell, which weighs about 1.29 kg. With a weight of 1.25 kg, it’s light enough to carry around in your bag for daily errands and you can easily carry it with one hand.

The Surface Laptop features a vibrant screen with PixelSense touchscreen display that is made with Corning Gorilla Glass 3. The screen resolution is pretty impressive at 2256 x 1504, with 201 as its pixel density. The laptop’s screen is taller than it is wide, with an aspect ratio of 19:9, giving users more room when they are working. It’ll have an impressive widescreen display when used to view photos and videos, especially movies.

Overall, the Surface Laptop is a thin and powerful premium notebook that will give you your money’s worth. Its design is elegant with just the right amount of the modern industrial vibe with its aluminum cladding. It is efficient enough for your daily tasks at home or at the office, and light enough to carry around when traveling.