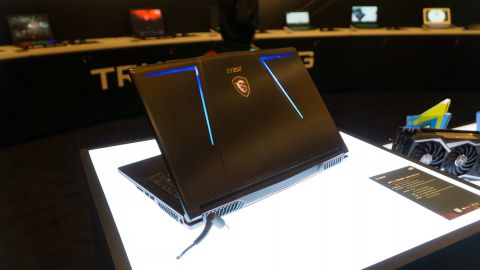 While 2017 ushered in more Virtual Reality headsets and drones, it looks like 2018 is going to be quite an exciting year for pro gaming. Groundbreaking advances in gaming technology were unveiled at the 2018 Consumer Electronics Show (CES), which was held last month in Las Vegas. MSI, for instance, had quite the line-up. Here are two of the best of their up-and-coming gaming laptops:

Since its debut, the GE series has remained an all-time favorite of gaming enthusiasts. The GE63 Raider has been out for some time now; however, MSI is launching an RGB Edition, which is slated for release quite soon.

MSI has taken functional lighting to a whole new level with this one. The latest addition to the series is equipped with an RGB-lit back panel and keyboard that can display over 24 million colors across its 12 zones. That includes the USB port. But aside from it looking cool, there’s a functional aspect to these RGB lights. Gamers can set the lights as indicators for in-game statistics, notifications, etc.

Details remain scarce. Though the laptop is going to be powered by an Intel Core i7 CPU, MSI has not announced its generation. Additionally, it might come with NVIDIA GeForce GTX 1060 or 1070 graphics, and at least 32 GB of RAM.

As of this writing, MSI has not revealed pricing details of the GE63 RGB Edition nor have they announced a specific release date. But the laptop is expected to come out sometime in the second quarter of the year.

MSI broke new grounds with their latest premium gaming laptop, the GT75VR, which comes with massive improvements to its design as well as performance. Above all else, this is MSI’s first virtual reality-ready gaming laptop.

With its backlight control, gamers are able to customize each key according to their liking. Let’s face it — looks can be just as important as performance. On the other hand, there’s more to the SteelSeries Rapid Mechanical RGB Keyboard than its backlight. The keyboard boasts a total travel distance of 3 millimeters and only 1.5 millimeters of actuation. Last but not the least, the design features an elevated palm rest, providing gamers with better ergonomics and comfort, perfect for a long gaming binge.

The GT75VR is the epitome of high level gaming. It is the first gaming laptop to be equipped with NVIDIA’s next generation GeForce GTX 1080 GPU, which provides desktop-level performance. With these GPUs, enthusiasts should also be able to enjoy an exceptional VR experience. Though an optional feature, enthusiasts can enjoy the GT75VR in Full HD with a 120Hz refresh rate and a 3ms response time.

MSI has yet to set a date or a price for the GT75VR.

With two impressive laptops on the way, there’s no point in holding off on replacing your gear. Now is the time to get rid of or sell used laptop units and buy yourself a faster and more powerful one.