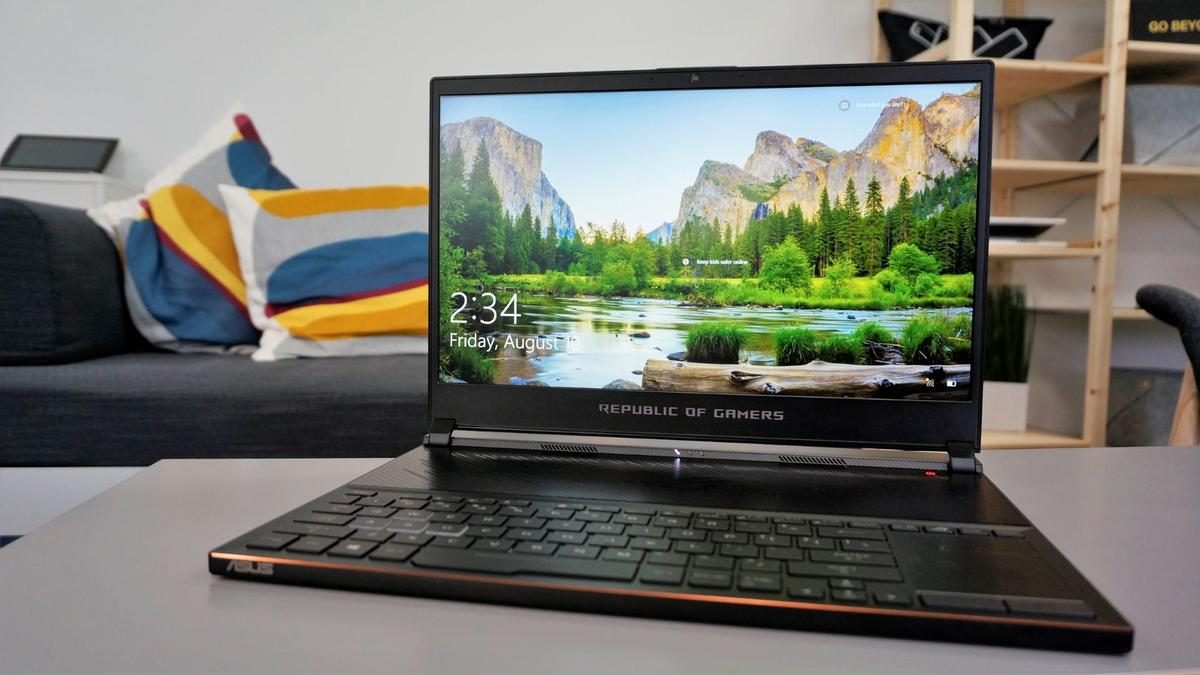 The ROG Zephyrus S GX531 is currently the world’s thinnest 15-inch gaming laptop. Asus has stripped the title away from the new Razer Blade 15 with its slimmer screen bezels, making it ultra-light and portable. As one can expect from a high-end computer, it features some of the latest technology under its hood. Not to mention, it also comes with a hefty price tag. It might be wise to sell used laptop units before purchasing the new Zephyrus as it will cost quite a bit.

The original ROG Zephyrus impressed the tech scene with its thin and light build that did not compromise its performance, but the same thing can be said about the Zephyrus S. Asus reduced the laptop’s screen bezels and thickness, enabling them to cram a 15.6-inch 1080 IPS screen in a compact chassis. It has a 144-Hz refresh rate and a 3ms response time.

Asus made some significant design changes as well. Its keyboard-forward layout leaves no space for palm rests. It has RGB backlighting on the keyboard which can be turned on or off at will using the functions keys from the directional buttons. The Zephyrus S has a hinge-forward design, giving it a rear lip when opened. It also has two little yet noticeable arms that connect the screen from the main body, much like the hinges of the HP Spectre 13. Its all-metal chassis has been put through military-grade durability testing to ensure users that it stands up to the pressures and wear of daily use.

The Zephyrus S features next-generation laptop CPUs from Intel. It comes with the Intel Core i7-8750H, a six-core processor that makes this ultra-thin laptop powerful. It also features the Nvidia GTX 1070 Max-Q graphics card, the same one powering the Razer Blade. Hence, the Zephyrus S shouldn’t disappoint performance-wise. Unfortunately, it won’t be able to support Nvidia’s most powerful mobile GPU, the GTX 1080 Max-Q.

Asus has made it possible for a gaming laptop to be both powerful and ultra-portable through its one-of-a-kind Active Aerodynamic System. It opens the laptop’s bottom and lowers it to encourage airflow. Much like the original Zephyrus, this system activates automatically once the screen lid is opened. However, the gap is slightly smaller than before, now measured at 5 mm. This difference promotes 22% better airflow than standard designs.

An Asus Zephyrus S with an Nvidia GTX 1070 Max-Q graphics card costs $2,199 on Amazon. It will feature an Intel Core i7 processor and 16 GB of RAM. In the U.S., one can opt to get a lower-tier version of the laptop, one with an Nvidia GTX 1060. It will have the same processor and RAM, and it will be available for $2,099. Once the Zephyrus S hits the shelves in the U.K. sometime in mid-October, the lower-tier model will be the only version available.